I'm Daniel Goldfeld. I'm based out of Tel Aviv, where Perimeter 81 is headquartered. I've been the Global Vice President of Customer Success at Perimeter 81 for the last two years or so.

Before that, I was the Director of Customer Success at another Israeli startup called Logz.io, basically managing pre-sale and post-sale activities across the entire Indian region. I have a lot of experience in product management and integration, so I'm from more of a technical background than a sales one.

In this article, I'm going to focus on:

How to optimize the pre-sale and post-sales processes

Perimeter 81 is a young startup with very aggressive KPIs, especially on the sales front and in terms of annual recurring revenue (ARR). Because we had to meet those different KPIs, we got to a point where there was a bit of a gap between what was promised to customers and what they actually got after they purchased the solution.

This gap was generated both because of the aggressive KPIs but also because we had two different teams managing the pre-sale and the post-sale cycles. We had sales engineers and sales executives running the sale and finalizing the deal; then, once the opportunity was won, the entire relationship was moved to the post-sale team, which was made up of account managers and the technical resources that assisted them.

As well as the gap between what customers expected and what they got, there was also a gap in the relationship itself. While those customers were engaged in the pre-sale cycle, there was an ongoing conversation. However, once they signed the deal, the honeymoon period was over and we’d have to rebuild that relationship from scratch.

We found ourselves having to chase those customers to be able to onboard them, which basically resulted in lower adoption and higher churn. So, we started asking ourselves how we could address this. How could we align expectations, reduce churn, deliver more value, and open up more expansion opportunities?

We realized that we needed to have at least one person present throughout the entire cycle, pre-sale and post-sale. This person would know the customer’s expectations, their business goals, and their pain points, and they would own the relationship because they’d have been with that customer since the beginning.

This way, the customer relationship is preserved throughout the phasing out of the sales exec and the phasing in of the account manager. It’s sort of a co-pilot approach. There’s much better expectation setting between the company and its customers, as well as better engagement. That’s because the customers have a familiar face that they trust, who knows exactly what was promised even before the contract is signed.

Usually, sales are lone wolves, as you know. They make the sale and they move on. Because we were building a team with a CS engineer and a salesperson involved, we needed to build a new process, so we came up with the pilot and co-pilot analogy.

The salesperson is still leading the sale – they’re the pilot – and we’re bringing in a customer success engineer as a co-pilot; they’re in charge of assisting the salesperson in achieving their goals. By having the pilot and co-pilot working together, we've managed to change the lone wolf approach and build a team that is aligned on the same objectives.

How to apply this optimization approach

Here's some practical advice for CS leaders who are either thinking about applying this optimization approach or are struggling to do so.

The way to focus on this is to identify, understand, and align with the motivation of each of those roles. Understand the business goals of your customers and prospects, understand the objectives and compensation of the salespeople, and, of course, understand what the company wants to achieve in the long run.

In order to achieve that, I think the most important thing is to define and measure KPIs and metrics. Each company has its own KPIs, but we focus on adoption, ARR, and churn.

It’s also important to track the opportunities, understand how well you’re doing with each of them, and who requires additional resources. You need to think about what you can do to remove roadblocks as well, and where there are expansion opportunities.

It’s also very important to be proactive in measuring and understanding what your customers think. You want to be implementing NPS surveys, sending them out, measuring the responses, and acting on them.

And, of course, last but not least, pay attention to the customer satisfaction score (CSAT). If customers are reaching out to us, we need to make sure that they're happy with the responses that they’re getting.

How to lead change among key stakeholders

One of the main challenges we faced when introducing this change was related to the fact that it's a non-traditional approach. We took a very traditional sales approach, where you have your people who are selling and the people who are expanding, and we broke it down. We needed to understand how to propose this change of approach, and one of the main things we did was, again, focus on what was in it for them.

We managed to identify a couple of salespeople that were willing to try something new. We brought this approach to them along with their opportunities, and we had quite a lot of success with it. Much bigger deals were getting closed, we had a much lower churn rate, and stakeholders were building much stronger relationships with customers, so we got higher adoption and faster expansion. Crucially, salespeople were also meeting their goals.

Once other people in the sales organization realized that those sales executives were seeing success, which was reflected in their compensation, they started asking us to assign as many customer success engineers as possible to different accounts. There was actually a fight going on about who should get those customer success engineers and how soon they could be allocated to the different accounts. 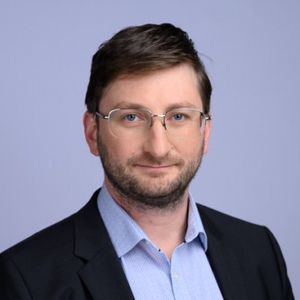 VP of Customer Success @ Mine