Your SaaS company has a magic word that hypnotizes investors: recurring revenue. It's much easier (and less expensive) to keep existing customers than acquire new ones.

If your product is sticky enough, existing customers bring you revenue on a silver platter. So how can you harness this power to your advantage? Enter revenue-based financing (RBF).

The pros of SaaS revenue-based financing

Traditionally, you had 2 SaaS financing options: debt and equity. Nowadays, RBF is a third option. It's a type of deal in which you sell a percentage of your future revenue to an investor in exchange for an up-front "investment" from them.

Like debt, it's a loan that needs to be repaid, with "interest" (more on this below). But unlike debt, the interest payments are based on a percentage of monthly recurring revenue (MRR). And unlike equity, the loan doesn't give the lender any ownership stake in the company.

Re-read that last sentence aloud. Because it should sound like money to your ears. You get to avoid any dilution to your ownership stake! If that were the only benefit, it still might be worth it to go the RBF route. But it gets better.

Revenue-based financing is more flexible (and thus forgiving) than equity or debt. The monthly payments can go up or down depending on MRR, so it's not as big of a burden during lean times. In addition, it's often easier to qualify for than either debt or equity financing.

Also consider that with an equity raise (or even SAFEs/convertible notes), investors typically have certain rights (e.g. voting) and liquidation preferences that can limit your control over the company. RBF sidesteps these entirely.

How to qualify and loan size

To qualify for most revenue-based financing, your MRR should be above $50k. Some lenders may require positive cash flow and net income. Further, many require a gross margin of at least 50%, which shouldn't be an issue for most SaaS companies.

Side note: if your gross margin is lower than this threshold, you're probably calculating the cost of revenue line item incorrectly. Fix it so investors don't lower your valuation for it.

If you meet these criteria, loans range anywhere from $100k up to around $10mm with a length of 1-5 years. RBF lenders will typically let you borrow around a third of your annual revenue.

And the percentage of MRR you must pay back is 6-12% (a single flat percentage in that range) depending on the lender's risk assessment and your use of funds.

Too good to be true?

However, RBF is not without its drawbacks. But before we explain the risks involved, let's talk definitions first. There are some other contract arrangements and factors to take into account, but we'll keep it simple.

The length of time for which the loan is outstanding. Think of the term as the max length (like with regular term loans). Your loan may be outstanding for less time than this depending on the speed at which your company grows.

For instance, if you grow faster than originally expected (when the RBF contract was drawn up), you may end up paying back the loan much sooner. Remember, repayments are based on your MRR.

In this case, your high repayments mean your loan is outstanding for less than the max term length.

On the contrary, if you grow slower than expected, you may reach the max term length without having paid back the full loan amount.

In this case, there's a balloon payment for the difference between the total repayment amount and the amount already paid back.

The lender caps the target term to set a lower bound on their rate of return. (Otherwise, lending you $1mm now and waiting 20 years to get back $1.2mm is not a winning strategy!)

The risk in the slower growth scenario is similar to a regular term loan. That is, you have debt you need to repay, and you may risk defaulting on it if you miss revenue targets.

The risk in the faster growth scenario is you'll end up paying a higher effective interest rate, potentially much higher than a fixed rate on a traditional term loan.

Also, this type of SaaS financing doesn’t offer the ability to pay off the loan amount early (i.e. refinance it) without also paying the agreed-upon cost of capital.

It's complicated to compare term loans vs RBFs. That's because even though the cost of capital amount (in dollars) is fixed for RBF, the term length is not. This means RBFs don't have a stated interest rate.

Instead, you need to estimate the effective interest rate. "Estimate" is the key word here, because you don't know in advance how long it'll take you to pay back the loan (it may take less time than the max term length if revenue grows quickly).

This timing difference has a massive impact on the effective interest rate.

A summary of the math is important to see since humans do not have good intuition around the compounding effects of the time value of money. We'll make this quick, we promise!

Ok, same RBF but scenario B. Now let's say a day after you sign the RBF you have a massive MRR spike (maybe that marketing campaign goes viral). MRR is now $2mm (it went extremely viral) and stays at that level for all 12 months.

Because $2mm * 5% is $100k, it takes you 12 months exactly to repay the entire $1.2mm. And repayments are spread evenly over those 12 months, so there's no balloon payment. Look at what happens though:

Crazy! Lesson learned, don't do time value of money or IRR in your head.

So, this type of SaaS financing is only a good deal under certain circumstances and depends on how long you take to make your repayments. In all cases, you paid $200k in "interest". The difference, however, was the timing of the repayments.

Keep in mind, even though the trade-off is risking a higher effective interest rate, RBF payments are much easier to make in the beginning when you're strapped for cash and have lower MRR.

Instead of guessing, it's best to come up with various revenue forecast scenarios to see if RBF is a good deal for you. Then, this IRR calculator can help you calculate the rest.

One last math caveat: if you're comparing RBFs using IRR, make sure you do the same with the term loan you're considering too. A $1mm term loan with even payments each month (e.g. a mortgage) and a 20% APR has an IRR of almost 22%.

Use the same calculator and measurement for all options so you have an apples-to-apples comparison.

If RBF is the right type of SaaS financing for you, the diligence is relatively straightforward. First, the investor will request data on your past performance to assess your risk.

Then, you'll need to agree on the terms mentioned above. This includes the percentage of future revenue that will be sold, the repayment multiple, and term length.

A final word of caution: some lenders try to stuff the contract with unfavorable covenants and restrictions. They may load it with warrants (i.e. stock options), liquidation preference, and voting rights.

Avoid these quasi-equity partners and instead, look for an RBF lender that doesn't dilute your ownership. And of course, make sure to get a lawyer you trust to review everything.

Revenue-based financing for your SaaS company can be a great (and cheaper) alternative to equity. It fuels your company's growth without diluting you and is a unique option with some great benefits.

Before committing to RBF though, create a clear financial model with different revenue forecasts based on key business drivers. That way, you can be confident that RBF is a good deal for you.

And while there are a few things to watch out for, as long as you find a reputable SaaS financing partner (and a lawyer), you'll be in good shape.

Note: None of the above is legal, tax, or investment advice.

Enjoyed this article? Check out our exclusive content from the leading minds in SaaS. 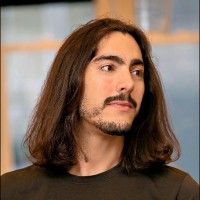