Many businesses that claim to be people-powered fall short of the mark.

Why? Because their growth as a business doesn't align with the growth of their team.

Instead of investing in their current team, they bring in outside talent to drive business growth. And while it may bring in revenue, it’s driving existing talent right out the door.

Organizations that employ a people-first strategy enjoy higher staff retention and increased productivity, because their teams are, happy, valued and more engaged.

Aly Wood, Customer Success at Articulate, sat down with Dena Upton, Chief People Officer at Drift, to discuss the concept of people-powered growth and how it’s enabled Drift to scale at full speed.

In the article below, Aly and Dena unpack:

Access the full, unedited version OnDemand with a Future of SaaS membership plan.

Q: What does the people team look like at Drift?

Dena: The people team is made up of recruiters, HR business partners, and a people operations lead. It's played a huge role.

One of the first people that David and Elias (the founders) hired was a recruiter. David, our CEO, has often said that a company is 99% people and 1% everything else, so that gives you a little bit of an insight into how important the people function is.

Aly: That's amazing because we see so many companies that wait so long to bring in recruiters. It builds the company, so I think that's really awesome that you guys chose to make that one of your first hires.

Q: What has changed over the past year for the people team? What were some of the highlights and challenges?

Dena: We were very intentional and very much an in-office company. We went from everyone physically being in our four offices in Boston, Seattle, San Francisco, and Tampa, to over 390 of those people being fully remote with pretty much no warning.

We were very specific with our rituals, we bookend every week, so we start, and we end the week together as a team. Monday is Monday metrics, our Head of Sales gets up and talks about deals that are in the pipeline, or our CMO or VP of Marketing talks about campaigns or virtual summits that they're running, as well as is how we are talking to and featuring our customers.

The Head of our Customer Success team talks about renewals that are in the pipeline, customer journeys, success stories, and then the same thing with product, what innovations are we launching that week from a product perspective? So there's no excuse for anyone in the organization to not understand what is happening in other departments.

We end the week with what we call ‘show and tell', which is an opportunity for an individual in a department to get up and talk about either what they've launched or what they've been working on, and then we vote on those presentations. So we always start and end every week together.

We've now turned it into a virtual event, so this has been huge for both tenured employees, as well as for drifters that are just joining the team.

We've hired over 80 people since March, including a new CRO and five VP’s, So those are all big roles, and we had to onboard them remotely which means many of them have not really met anyone else in person. So it means that we've become more flexible with our hiring practices.

One of our VP’s lives in Virginia, so he's not in the area where our current office footprint is, and we've hired others from all over the country, which is something that we wouldn't have done before because of our intentionality around building people in those offices.

This also meant that we've had to work really hard with our people managers to ensure that they're talking with their direct reports and understanding how they're doing.

Aly: I was also a COVID hire with Articulate, so I haven’t met anyone in person.

One of the things that’s kept me feeling like I have a culture that I belong to in the community is those bookend meetings. I remember that I have a team and that I have people I can go to.  With all of this transition, I couldn't imagine not having that structure.

Because you always had structure, and you were one of the companies that seemed to have a very good idea of how to handle this quick pivot, although it may have been crazy in the midst of it. How were you finding new ways to support people? I can't even imagine what a dynamic change that must have been for everyone.

Dena: You'd walk into the Drift offices and you kind of felt the energy right away: we had music blaring, people were collaborating in different sections, and you can't replicate those physical connections with people.

But with the remote meetings, there's music playing, we have walk-up music for anybody that's speaking, the chat goes crazy. We have breakout sessions. So it's not perfect, but you can kind of mimic some of those things that you did in the office.

Back in the office, we did ‘take your kids or take your family to work day’. You could bring your grandparent or your roommate or somebody else and we turned that into virtual friends and family day, which was great, because grandparents Zoomed in, we had David and Elias talking about what Drift is doing, we had some children that shared their dolls, or gave us a virtual tour of their rooms.

There's some production that happens behind the scenes before we launch our Monday metrics or our Friday show and tell.

We want to make sure that people feel connected and they can sense and feel the Drift culture in that way.

Aly: I love it. It's connection, it's community. You guys seem to have an amazing culture, and it seems very inclusive in multiple ways, which is wonderful.

Dena: Yeah, the thing that's neat too is that zoom and remote work can be an equalizer, it opens you up to different people in different locations. David and Elias are both underrepresented minorities themselves, and so ensuring that we have a successful organization that's led by underrepresented minorities is big for them, and so the ability for us to get to candidates in this virtual remote way has opened up an avenue that is allowing us to recruit diverse talent.

It's one of the reasons why I'm here, right? I've worked in organizations where you have to really champion that push it and I don't have to do that with David and Elias, we have a balanced hiring process. Our organization is 43% female across the organization, and we'd love to be at 50/50 by 2022.

Q: How do you think big tech firms are being held accountable for toxic culture?

Dena: I think we're starting to get comfortable by being uncomfortable. These are hard conversations, we've made mistakes, but we know what those mistakes are, we're talking about them. We're innovating.

It's got to start at the most senior level of the organisation, and we're starting to see those Chief Diversity Officer hires happening, you're starting to see more females and underrepresented people being assigned to boards, I think that's where it starts.

There's a lot of great grassroots efforts, employee resource groups, especially if they're championed by an executive, are an amazing way to get that bottom up inclusion culture created in your organization. The key to accelerating their success is ensuring that there's an executive sponsor for every single group that you have, because they need budget to push, mentorship, opportunities to push change across the organization.

Q: What tips for success do you have for SaaS companies working to scale?

Dena: We've gone from zero to 400 Drifters in under five years. It's been crazy and, as I was telling you, it's not without growing pains, which is something that people don't talk about enough. But one of the things that we really try to focus on is hiring for scale.

Someone who would be great at a 10,000 person company with lots of people under them is probably not the best choice for a 10 person company, where they're going to have to roll up their sleeves. But they might be right a few years later and, on the flip side, someone who was here at the beginning might decide they love the startup feel, and so they might not be the right person when you scale and that's okay.

Rituals are hugely integral to our culture and I'd recommend them for every company, you don't have to go crazy and say, “let's book every week”, but you could start with bringing the company together regularly and really grounding them in your mission and your goals.

The other important thing is transparency, we are hugely transparent.

Every employee at drift can see our financials, they know what our burn rate is, our board decks are shared. They’re stakeholders in the company, and we believe that they should have information they need to do their jobs and feel connected to the company, and so it's always been important for us to share what we're talking about at the board level.

Q: How do you make long-term employees feel as valued as new hires?

Dena: A big part of it is ensuring that you have career plans in place for long-term employees; it's a constant conversation, ensuring that they're continuing to grow.

One of the things that we've done at Drift is that a lot of our more tenured employees have their own podcast. We're giving them an opportunity to shine, and it makes them more marketable.

Your tenured employees may go on to do something else, but they're going to talk about what a great organization you are and how much they learned and built at your company.

So I think it's making sure that you know what their career trajectory is and being creative to ensure that you're providing opportunities for them to shine.

Looking for more resources on diversity, equity and inclusion?

Join us for the inaugural Women in SaaS Summit on September 8th. 🎉

Explore, celebrate, and learn with our influential guest speakers from the likes of Accenture, Amazon Web Services, Twilio, GitHub, and loads more to come. 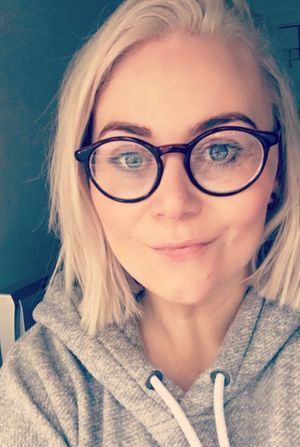