As a specialist SaaS VC, we’ve seen a massive shift over the past year as investors across public, as well as later-stage private markets, got excited about our sector.

It continues to be an incredible time to be a SaaS company. As founders get access to more and more sources of capital much earlier in their lifecycle, sometimes it’s easy to push the hiring accelerator too soon, and maybe even in the wrong direction.

I wanted to understand from a founder's perspective: what are the right organizational benchmarks to scale up my SaaS company?

Or, what should the structure of my company look like at each stage of growth?

Off the back of these fundamental questions, a few more came to mind: how fast should my overall headcount be growing? Within the overall team, which departments/roles should be prioritized at each stage? Does this differ across geographies? And so on.

I didn’t come across any article that directly answered these questions, especially (1.) that’s recent, and (2.) that’s data-driven. So, I decided to do a deep dive and try answering these questions based on data from all 423 SaaS fundraises that happened globally in the month of May 2021.

For this article, I have compared Europe and the US, particularly in more granular detail mainly because of Oxx’s investment and internationalization focus.

That reduced the dataset to 337 SaaS financings, which was still statistically big enough to draw conclusions from, so that seemed like a good starting point.

I then layered on data about these companies’ teams, to understand how they’re growing headcount in various departments.

SaaS market trends (US vs Europe)

Before moving on to the more interesting team related parts, here’s what the data set looks like:

Number of SaaS funding rounds by amount raised (May'21)

It is interesting to note that Europe did a higher number of early-stage SaaS financings (<$5m: 71 EU vs 57 US) in May, even after assuming larger-sized pre-seed/seed checks in the US. As the company scales, this trend flips in favor of the US and we see a gap emerging for Series A rounds.

This gap increases even further and quite substantially (3X++) as a company graduates to the later stages for growth-equity rounds.

Why might this be? Is it because of an underlying difference in the quality of SaaS businesses, or is it determined by variation in the fundraising markets?

Hiring as you grow: when to hit the gas?

Looking at average employee growth in the 12 months up to the round, we can see an interesting pattern.

Europe demonstrates a pattern we would expect, with employee growth rates decreasing as org size increases.

The US has similar growth rates up to 50 employees, but not only is the average growth rate higher, the fastest growth is actually seen in 100-150 employee businesses.

Last 12 month employee growth rates at the time of financing.

It’s difficult to tell what causes this. A larger domestic market supporting faster sustained growth? Maybe. I think it's probably more heavily driven by easy availability of scale-up stage talent and a higher level of VC dollars driving sustained growth acceleration from early through to the late stages.

The US is historically just better at adding the right people quickly into the business for later-stage growth.

Last 12-month employee growth rates at the time of financing.

A similar trend is seen when looking at last one-year employee growth rates vs. funding round size.

In May, there’s a bumper crop of $25-50m sized US rounds growing headcount at over 100%, and the growth rate at $50-100m rounds is higher in the US than the average growth rate for $5-25m rounds! I suspect part of this is driven by ‘cherry picking’ – the fastest growing early-stage businesses in the US are able to raise very large early rounds, in quick succession, causing a virtuous circle.

It’s also surely driven by supply-side conditions – record late-stage VC investment, driven by a mix of VC, PE, and HF investors, enabling businesses to sustain record-breaking hiring pace. It doesn’t seem to manifest as clearly in the data for Europe yet.

Note: We’re only looking at completed fundraises here, so there is obviously some survivorship bias kicking in.

Conclusion: the European SaaS market is definitely underserved by capital at this stage.

Now coming onto the team and department-wise benchmarks for headcount evolution.

The average employee strength is very similar across Europe/US even as a company raises different amounts of capital.

This intuitively feels correct as a SaaS company probably requires similar organizational structures in its scale-up journey whether it's headquartered in the US, or the UK, or Sweden, or Germany, etc.

Average number of employees at the time of fundraising

This means that the department-specific headcounts are also quite similar across Europe/US. So as a SaaS founder, just like your product is built for a global audience, your team also probably scales up similarly no matter your founding location.

How department headcounts evolve as you migrate to later stages

Select a funding round size below.

Key takeaways as you scale

If you look at the above charts and compare headcount evolution across stages, several trends emerge:

1. Engineering hiring can make or break your SaaS business

For every 10 people you hire, 3-4 will be engineers. If you want to build a product that can lead a category at global scale, engineering hiring stays switched on in perpetual motion. Consider using engineering talent assessment platforms like Codility to streamline this process.

At the earliest stages of company evolution, it comprises 10-12% of your headcount but dips slightly to 8-9% by the time the company scales to >150 employees.

3. You need a sales team even when you think you don't

4. Be 110% sure and do multiple reference checks before getting your initial PM and Finance leads

Data shows that you would likely only have a handful of people in these functions up until your $100m fundraise, so being absolutely sure that both of you are a mutual fit is key!

And for those who are curious, below are some graphs that show department wise headcount evolution comparing EU and US: 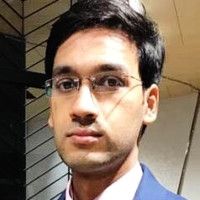 Future of SaaS
—
How to scale your SaaS organization: follow the 2021 data