The shift from a startup to a scale-up SaaS business can be a bumpy transition.

The leadership skills that previously served you well in survival mode can be a real hindrance to hiring the right people and knowing when to let go of certain processes.

Luckily Kyle Racki, Co-Founder and CEO of Proposify, is on hand to talk us through the right time to transition, learning to let go and the scale up mentality.

Q: How do you know when it's time to shift from a startup to a scale-up leader?

A: If you're an executive on the team, you should be very, very tight with your CEO and constantly be getting feedback from them on where you're slipping or what you're not.

If you're the CEO or the founder, you should also be getting coached, you're not necessarily going to get coached by your executive team, but you should have either a board, an advisor, a mentor, or a business coach, and they can help you notice those gaps. Sometimes it does take an outside perspective to do that.

If you're at a company where there’s growing demand, and you know you're starting to figure it out, and you're starting to think about hiring - now is when you should be thinking about becoming a scale-up leader because it will take time.

Most executives get fired for not being able to grow fast enough. Mark Roberge at HubSpot was somebody who started in the early days and grew until they were close to a billion in revenue, but that’s so rare, most people cannot level up that fast.

Q: If I'm just starting out, what do I need to keep in mind to stay on the scale-up mentality?

A: It starts with buying back your own time as opposed to adding capacity. Find the people to do all the things that are draining your energy, so you can focus purely on the work that you do well, whether that's product development or sales calls.

As you grow, you should be gradually hiring somebody to take away those hats, your job as a founder is to constantly hire yourself out of a job.

Q: Do you have any advice for sales or SaaS leaders who want to let their teams handle things?

A: Yes. Let them handle it.

It's hard to not jump in and provide your two cents on everything. I still struggle with it. I think everybody does, but when you feel you've got the right person on the team, that's the key.

If you find that you have to jump in a lot and provide your two cents, and disagree with the way things are being done, it's probably because you have the wrong person in the job.

When you hire the right person, they're going to teach you how it's done.

This year, I just hired a new CEO and a VP of Product, and they're teaching me how their jobs work, I'm learning a ton from them, and that's how it should be.

When you've got somebody in the early stage, and you think that they're really capable and can level themselves up, don't be too quick to promote them to the top. Leave room ahead of them to hire somebody else to come in over them.

Because what happens is if they start as your first, say, engineer, and you make them CTO right away, you're not giving them that path to grow, you're cutting it off so that there's really no higher they can get in the organization.

From there, if you do realize they're not the right fit, the only solution is to demote them or fire them, and nobody's really happy about that. Whereas, if they start as Director of Engineering, and they can't get to the next level, you can hire a VP over them.

Q: What type of people do you have to surround yourself with when you become that scale-up leader?

A: As the CEO, you should basically have three jobs - set the vision and direction, build the executive leadership team, and don't run out of money. Those are your only three jobs.

Everything else should be done through your executive team, now you can get involved in special projects and help out, especially if there isn't a lot of resources or support, but only do it because there isn't a team already focused on this.

The executive team is the most powerful tool that a CEO has.

A: Find someone that’s aligned with your vision, someone coachable who doesn't need constant supervision.

There’s different types of salespeople, there's the people that are a good fit at early-stage companies and late-stage, but it's usually all about being able to call them builders or sailors.

Your first sales rep is going to be highly experimental, they're going to use their experience and knowledge to try to figure out what is the best go-to-market motion, and what’s working. They're going to work with the CEO to experiment and try to leverage what they're already doing.

People in later-stage companies are more about learning the playbook and just following it to a tee, with very little experimentation. You want to find somebody who has a broad, diverse skill set.

Looking for more resources on scaling?

Check out the replay of Kyle’s presentation ‘Start-up Vs Scale-up: How YOU as a leader must adapt to scale, from the Future of SaaS Festival 2021. 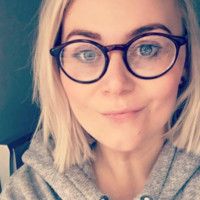